On Friday 21st June, WJGS will be hosting Windrush Day. A day of celebration and historical significance for the many people that embarked on a great journey of discovery to settle in the UK.

Empire Windrush brought one of the first large groups of postwar West Indian immigrants to the United Kingdom, carrying 1,027 passengers on a voyage from Jamaica to London in 1948. British Caribbean people who came to the United Kingdom in the period after World War II are sometimes referred to as the Windrush generation. 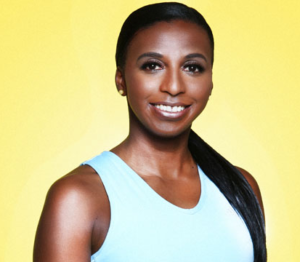 Joining us on this special day is Olympian Donna Fraser! Donna Karen Fraser (born 7 November 1972) in Thornton Heath, Croydon is a former English athlete, who mainly competed in the 200 and 400 m.

In 1996 she began to concentrate on the 400m and qualified for British teams in the major outdoor championships between 1996 and 1999. However, it was at the Sydney Olympics in 2000 that she finally showed the potential she had had as a junior, when she clipped almost a second off her PB to finish 4th with a personal best time of 49.79 seconds.

We are so looking forward to having Donna with us to celebrate this amazing day, which will be packed with a plethora of exciting activities.

Parents are invited to join us for the taster assembly at the end of the day, which will be hosted in the assembly hall. We may also have another surprise guest, which we will confirm nearer the day!